I wish to seek your intervention in the manner in which the Executive Council meeting has been convened on 9 May 2013 to somehow hurriedly switch to a four year programme for undergraduate studies with multiple degree options in a manner that contravenes Regulation 2 with regard to the Executive Council and is not in consonance with the powers vested with the Executive Council vide the Delhi University Act, 1922. Despite the fact that I along with Mr. Ajay Kumar, member of the Executive Council of the University of Delhi, pointed out in writing that decisions taken in the scheduled meeting would be arbitrary, the Vice-Chancellor has not canceled the meeting. The facts are as follows:

1. On 2 May 2013, a meeting of the Executive Council meeting, designated as a Special Meeting, was notified for 9 May 2003 without circulation of agenda papers wherein it was stated the Executive Council was to consider recommendations of the Academic Council scheduled for 7 May 2013. This violated the regulations so far as a Special Meeting is called when the same is requisitioned by members and such a meeting is not exempted from the requirement of circulating the agenda at least seven days before the scheduled meeting. (Annexure I)

2. We wrote a letter on 6 May 2013 pointing out several violations of the Regulations relating to the meetings of the Executive Council and made a substantive objection that the meeting scheduled for 9 May 2013 would not be in order since members would be made to take a decision without the opportunity and time required for perusing the recommendations. We specifically pointed out that possibly the recommendations would concern restructuring of the undergraduate programme which no case should be taken up without due application of mind. (Annexure II)

3. After submitting the letter on 6 May 2013, on 7 May 2013 we received another notice dated 6 May 2013 which claimed that the scheduled meeting is a Special Meeting because it was requisitioned and volunteered the information that the Executive Council will consider draft amendments to ordinances which will be recommended by the Academic Council. (Annexure III)

5. Of the several violations, the violations with regard to circulation of agenda papers, often running into thousands of pages when courses of study and syllabi for a large number of disciplines are being framed afresh has taken place recently at various levels. The Faculty of Arts only recently approved courses and syllabi of the various Departments in its ambit running into thousand of pages which were placed on the table in quick time. Similar violations took place in meetings of various Committees of Courses and Faculties including the Faculty of Social Sciences. This phenomenon of the members being reduced to meekly approve even without reading the proposals has destructive implications for higher education and confirms the fact that a vitiated atmosphere of fear and intimidation is making thoughtful academic decisions based on free and fearless exchange of ideas and expression of opinion impossible.

The entire undergraduate programme of a premier university is in jeopardy on account of the following decisions and actions (a) to switch to a four year programme without examining the requirements such as infrastructure and teaching positions, harmonisation with the system of school education on the one hand and postgraduate education and employment opportunities on the other; (b) an inflexible common framework for fitting in courses of studies for three separate degrees was adopted and not allowed to be debated and scrutinised; (c) this common framework is inappropriate in so far as when departments structure and sequence papers for the four year Honours programme, those exiting at the end of two years or three years get a degree without exposure to several major areas of the subject they major in while if the sequencing and rigour is modified for those exiting earlier, the Honours programme gets diluted; (d) unacceptable time frame for formulating courses and syllabi reflecting a mindset that is nonacademic and (e) acquiring approval of various bodies one way or other without due application of mind.

We seek your intervention under Section 7-A and Clauses 5 and 6 of Section 31 of the Delhi University Act so that future of large number of students is not jeopardised by hasty and arbitrary decisions. Decisions can only be wise if more time is provided for debate and scrutiny of changes being proposed,. Introducing changes which are being fundamentally questioned by the academia in the University and outside may cause irreparable damage to student and institutions. 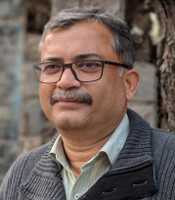